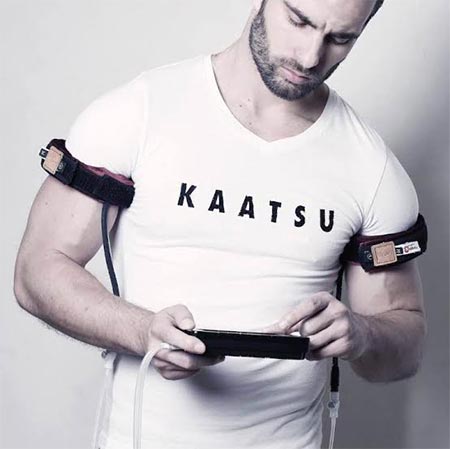 Kaatsu training is a revolutionary resistance training system that uses precise, pressurized cuffs to restrict blood flow to the limbs during a workout. It is a scientifically endorsed, safe, effective, and unique form of exercise that offers a host of benefits across a variety of populations.

The Kaatsu bands are attached either around the arms above the biceps, or around the upper thigh. The air pressure in the bands is adjusted automatically via a control unit, ensuring the correct amount of venous blood is occluded in the working muscles, without restricting arterial flow. Workouts consist of muscle contractions using very little to no weight, and can achieve in a matter of minutes the physiological benefits of prolonged, high-intensity exercise.

As the bands begin to tighten, blood pools in the working limbs and oxygen is depleted. This triggers the growth of new endothelial cells in the blood vessels, new capillaries (angiogenesis), and up-regulates nitric oxide production. All of this serves to improve blood flow and enhance blood vessel elasticity system-wide. As the blood continues to accumulate, acidity increases, oxygen is further consumed, and metabolites build up in the muscle tissue. This triggers the central nervous system to release a cascade of growth hormone and other compounds that encourage muscle growth and fat metabolism throughout the entire body.  Another much discussed benefit of Kaatsu is that it triggers the activation of both fast twitch and slow twitch muscle fibers. These fibers are normally activated during different forms of exercise, as fast twitch are primarily for maximal strength/ power, and slow twitch are primarily for endurance, but proper blood flow restriction effectively ‘tricks’ the brain in to thinking it is performing high-intensity exercise.

The implications for Kaatsu’s ability to produce these effects with such light loads and minimal training time are profound. While the ease, safety, and benefits make Kaatsu desirable and feasible for all types of individuals, certain populations seem particularly well suited to Kaatsu training. These populations include the elderly, individuals recovering from certain injuries where significant muscle atrophy has occurred, individuals suffering from various muscle wasting or neurodegenerative diseases, individuals with chronic joint pain, and individuals who have very little time and/or space to devote to training. The light loads involved are perfect for those whose joints or bodies may be too fragile to handle other, more strenuous forms of exercise.

Kaatsu was developed many decades ago in Japan by Dr. Yoshiaki Sato. In recent years, Kaatsu has been gaining recognition and popularity in the United States, and has been adopted for use by athletes, coaches, and physical therapists, with great success throughout the world. 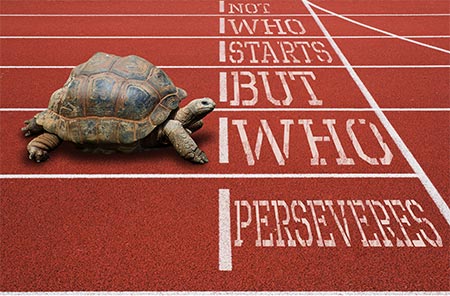 Super slow is a high intensity resistance training technique where one set per exercise is performed to failure. As the name suggests, repetitions are executed with a very slow tempo. Repetitions are timed, not counted; and efficiency, control, concentration, and breathing are emphasized throughout the session.

Super slow offers unique and highly effective approach to training in several ways. Because of the slow, controlled manner in which the weight is lifted, momentum is effectively eliminated from the lift. This allows for constant tension to be maintained on the working muscle (or muscles) throughout the exercise. Constant tension prevents the working muscle fibers from recovering during the set, which elicits total muscle fiber recruitment and allows for total muscular failure to be achieved. This total muscle fiber recruitment and achievement of muscular failure allows for a host of beneficial adaptations to occur in the body. Super slow training has been shown to drastically improve muscular strength and endurance, cardiovascular function, and hormone levels over more conventional resistance training methods. All of these improvements are important whether an individual is trying to recover from a period of inactivity, improve athletic performance, or to simply improve general health and longevity.

From a training psychology and safety standpoint, super slow has many benefits as well. The concentration on movement quality, breathing, and the working muscles, all serve to emphasize the mind-muscle connection, proper from, and discipline. This allows for the development and reinforcement of proper movement patterns, and greatly lowers the risk of training injury. The intensity and effectiveness of super slow also allow, or in fact necessitate, shorter training sessions in the 15-20 minute range. All of these factors combine to allow the trainee to dispense with all of the superfluous and wasted moments of training time, moments that for most gym goers in most situations, account for the majority of their ‘training session’. Super slow requires complete and total immersion in the training experience. Reps are not counted, and at all times, every second, the focus is on the breath, the movement, the muscles, the body. The result of all of this focus is increased efficiency in all areas: Increased physiologic, metabolic, neuromuscular efficiency within the body; increased work / time efficiency per training session; and because of the high intensity demands of the training, increased availability of time between training sessions. Efficiency in one area makes room for efficiency in others.

Overall, super slow training is a safe, challenging, and highly effective approach to resistance training with applications for many different types of individuals.