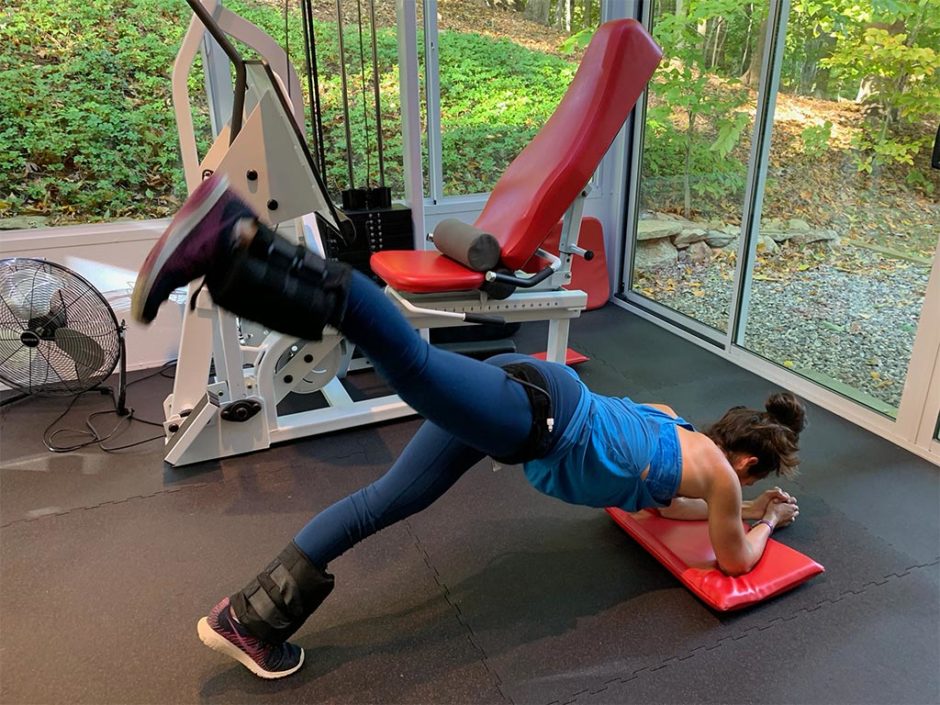 Whether you’re a self-described gym rat or relative tness newbie, these plans take the guesswork out of getting results. By Molly Calhoun

WHEN IT COMES TO workouts, everybody has an opinion on the best ways to torch calories and burn fat, fast. But we found four local coaches and trainers whose exercise programs produce real results and are grounded in biomechanics and exercise science. Even better, these work-outs are accessible to people of all fitness levels, from rookies to veterans. Full dis- closure: They require, dedication, focus and a get-serious-or-go-home mentality. But don’t be intimidated. While these trainers may seem hardcore at first, they’re as supportive as they come.

Daniel Pachter has worked as a personal trainer and nutrition consultant in Manhattan for more than 15 years, and he recently opened Pure Conditioning in a sun- lled solarium in Stamford. The gym features traditional equipment that’s been modi ed and re-engineered to “enhance the level of muscular stimulation.” In a 25-minute workout, clients are led through a series of movements such as leg presses, pull downs, chest presses, and weighted planks, while trainers carefully monitor the controlled lifting and lowering of weight. “We track the number of seconds you engage the muscle tissue, not repetitions,” Pachter says. This is because, he says, muscles change and become stronger due to tension placed on them. “We do the least amount of exercise that gives you the greatest bene t. It’s not ‘more is better’, but ‘less is more’,” says Pachter. Pricing is $800 for 10 one-on-one sessions. 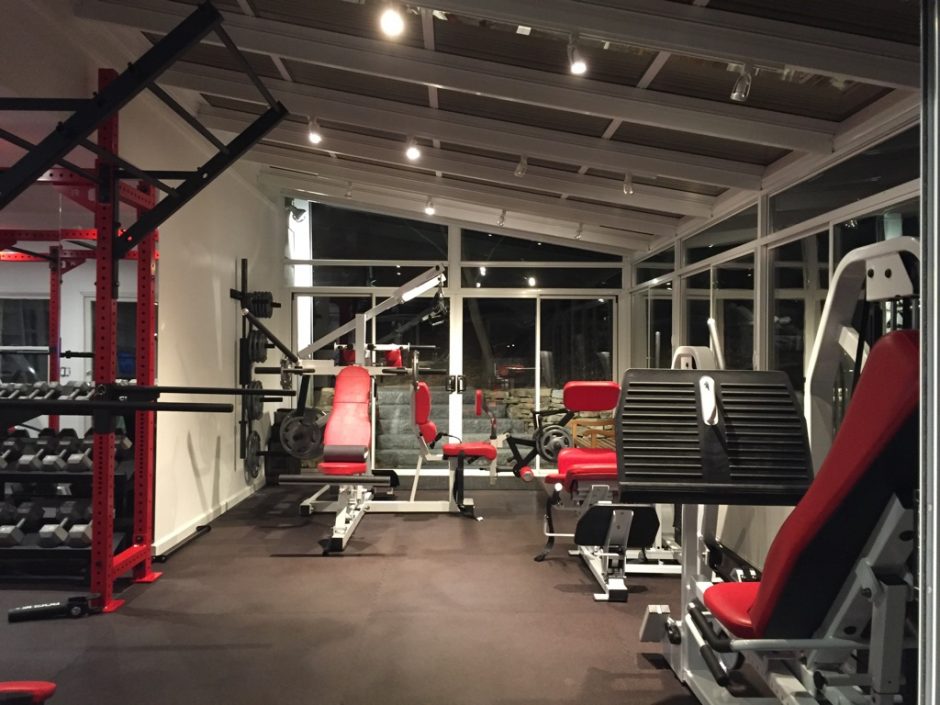 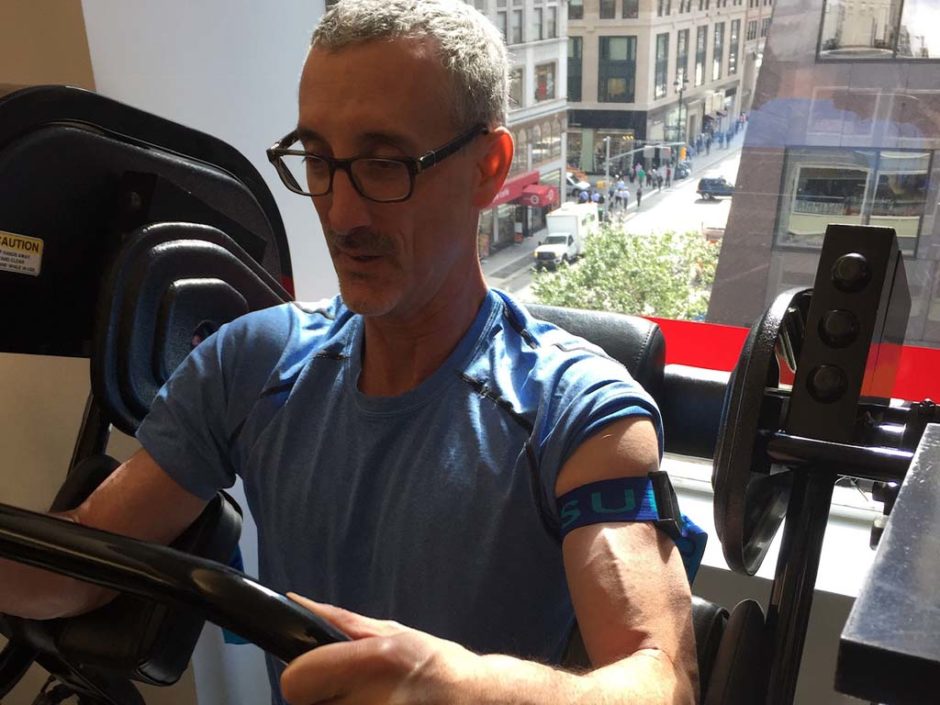 The New Norm of Exercising with Pure Conditioning

Ever walk into a gym and instantly feel intimidated by all of the hefty machines and macho men around. Well walking into the Ultimate Training Center, I had those same anxieties, minus the spectators.

I was immediately captivated by the many heavy weighted instruments and started pondering to myself “Where are the cardio and elliptical machines?”, “What am I suppose to do on these?”

Located in East Midtown, this training center is very unique in its class. Their approach to getting people in shape is completely different when compared to anything I experienced.

The trainers Daniel and Will gave me an extensive briefing about the facility and exactly what Pure Conditioning is and how it is more effective than the normal workout we do. Pure Conditioning allows the person to meditate and focus more while exercising at much slower and steady pace.

Yes I know this sounds crazy right , why would we want to exercise slow, but it actually makes sense. The slower you move while weight lifting the harder your muscles are working.  “Static holds” and “negatives” are some of the techniques used while using the weight machines, like shown in the picture below.

Furthermore, that is exactly what my body experienced. I never knew that I could lift anything over 50lbs, however using the Pure Conditioning techniques of breathing and focusing, I was able to lift 3x that amount.

With each new exercise I experienced a feeling of shakiness of pushing myself simultaneously with a sense of pride of actually pushing myself.

This ideology of pushing yourself to the limit is the exact basis of Pure Conditioning which is why some people prefer it.

If you’re ever interested in stopping by The Ultimate Training Center, see Daniel Pachter, he is very attentive and communicative while pushing you and your body. For more information on Pure Conditioning, check out their official site. 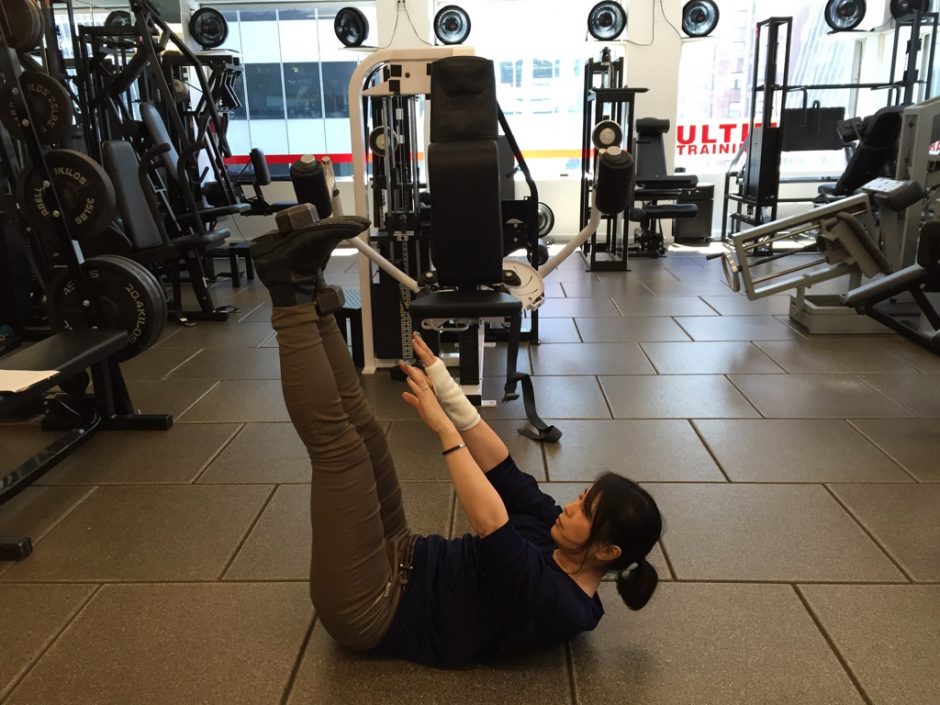 For someone like myself, with the daily commute that I have, plus everything that comes with my Monday-Fridays, finding time to workout can be incredibly tricky.  With the warm weather in full effect, and beach season coming with that, we are all looking for ways to make ourselves look great in our bathingsuits, no matter what our size.  Luckily, there is a program right here in New York City that can solve both of those problems, and do it in under a 30 minute time frame.  This is Pure Conditioning, with its NYC location based at 532 Madison Avenue.

Pure Conditioning, with a dual location in Connecticut, offers private personal training that utilizes their proprietary, safe and time efficient exercise methodology, custom re-engineered equipment, professional instruction and a serene environment. Each PC workout takes only 30 minutes, 1-3 times/week and produces better results than programs requiring hours longer.  That should be an easy fit for anyone’s schedule, and in doing so can make you more fit.

Daniel Pachter, who is the founder of Pure Conditioning, has this to say about the revolutionary new program: “Pure Conditioning’s Nutrition program combines science with practical applications. It is structured yet flexible to allow for eating enjoyment and the actualization of long term goals. It has pioneered the nutritional advice now being recognized in the major media”.  Daniel has a vast background in the health and workout field, as he received his BS in Exercise and Sport Science from Penn State Universityand worked as an Assistant Strength Coach for 5 of Penn State’s Division 1 sports teams.  He was a Personal Trainer for Penn State’s doctoral program at the Center for Sports Medicine during the “US Army Study”.  He has over 15 years as a personal trainer and nutrition consultant, and would be a great person to train with as this program becomes bigger and bigger.

Some of the benefits that you will receive in doing this program include increased strength and endurance, decreased body fat, improved body shape, increased cardiovascular efficiency, and so much more.  What’s to lose? I definitely recommend you trying this place out as soon as possible, as the benefits are ample and you will go into the fall season feeling and looking great.  For more information, check out their official site.